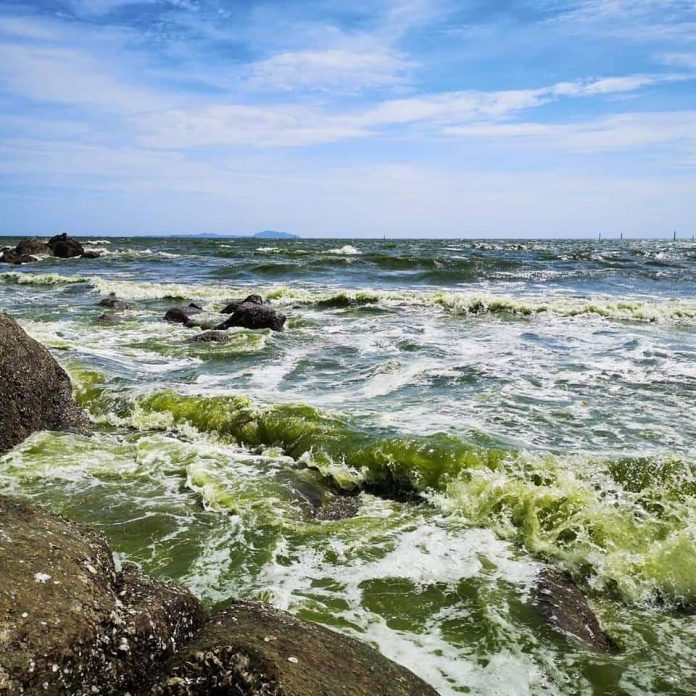 Bang Saen:
The sea at Bang Saen beach in Chonburi has turned green because of a plankton bloom.

The Mayor of Tambon Saensuk Municipalty, Narongchai Khunpluem, posted photos on his Facebook page with the message yesterday, August 25, 2019 to calm the public.

“The Bang Saen beach has turned green since last week because of the plankton bloom.” He told his Facebook followers.

“This year the plankton has bloomed four times in February, March, July and this month. This is normal.’ He continued.

“The plankton gives a strong smell but not hazardous. It is expected to return to normal in a few days.” He finished.